Weasels are mostly nocturnal, small carnivores living across North America. They live a solitary lifestyle and have a varied diet?

Weasels are carnivores and will eat almost all animals they find. Weasels eat small mammals, insects, lizards, frogs, birds, and birds’ eggs. They are opportunistic and will store food for later. Weasels eat up to 50% of their body weight every day and can eat up to 10 times a day.

These extraordinary creatures hunt small rodents, birds, and occasionally lizards and frogs. Various stories about their diet and hunting skills exist, and most of them are completely incorrect.

In this article, I look at what weasels eat, their eating habits, and debunk some myths and stories.

Want to know what the 10 smallest birds in North America are?  Find out here in an article I wrote.

What Do Weasels Eat?

Weasels are opportunistic hunters. They feed multiple times a day and also store food for later use. They will hunt anything they find, including mice, rats, and voles, which make up more than 80% of their diet.

Weasels will also feed on frogs, lizards, birds, eggs, small snakes, rabbits.  They will steal hens from farmers if they have a chance to do so. During summer, they will occasionally eat berries.

Weasels are known for eating small fish, amphibians, turtles, hedgehogs, and invertebrates when no other prey is available. In the northern region, weasels also prey on collared lemmings.

Having a high metabolic rate, weasels eat up to 10 times per day.  Due to their size, the quantity of one meal is usually quite small. Weasels eat up to 50% of their body weight in one day.

A weasel needs to feed regularly as they do not have the ability to store fat on their bodies.

There are three species of weasels living in North America, and they vary in appearance, size, and feeding habits.

There are four main ways that animals eat.  Find out what they are here.

Voles and mice are the preferred prey of the least weasel. The least weasel will also feed on small birds, insects, and carrion. They are the smallest species of weasel, and their prey is proportionally smaller too.

The diet of the short-tailed weasel consists mostly of rats, mice, shrews, and chipmunks. If those are difficult to find, they will eat eggs, fish, insects, and birds. Their diet is similar to the long-tailed weasel.

The larger long-tailed weasel feeds on mice, rats, rabbits, gophers, voles, and chipmunks. They prefer mammals, but they will also eat insects and small bird species if they are unavailable. They will hunt their prey in the vicinity of a water source if possible.

Click here for the 10 most common birds of North America.

How Do Weasels Hunt?

Weasels rely on finding food through their excellent sense of smell.  They hunt by swaying their heads from side to side to pick up the scent of their prey.

Weasels have been seen to jump in the air to catch birds and jump on them to immobilize them before biting their neck to kill them with one bite.  If they cannot take their prey down with one bite, they will keep biting, inflicting wounds to the throat or the spinal column to sever major blood vessels.

What Are The Feeding Habits Of Weasels?

There are two reasons why weasels prefer rodents and mammals in general, over other food sources. Firstly, the nutritional value of a rodent is higher than a frog or a lizard. Secondly, small mammals live in burrows. Weasels will enter the burrow, kill the animal, and temporarily use the burrow for shelter and food storage.

As already mentioned, weasels do not store excess fat and feed all-year-round. The ability to catch and consume various prey is essential. In different seasons, various prey is available to them.

Weasels must remain thin to be able to enter the burrows of the small animals. Weasels can also swim to catch fish and have extraordinary climbing skills to steal eggs from birds’ nests.

Want to know which animals are the slowest in North America.  Here are the top 10.

Their diet varies throughout the year also. When prey is available in high numbers and variations in spring, the weasel will eat rodents and any other food that does not require a lot of energy to catch.

In winter, all animals are much less active, so weasels must locate burrows to find rodents because there are fewer eggs, frogs, and fish. To keep warm and healthy, weasels have to eat a lot in winter.  Weasels also need to steel burrows from their prey to protect them from both predators and freezing temperatures.

Do you know why different animals taste food differently?  Find out in this article I wrote

Multiple cases have been reported where weasels have killed hens or rabbits kept by farmers. Killing livestock is a different story.

There are stories about packs of hungry, aggressive weasels killing large animals and attacking humans, even drinking their blood.  These are, however, a part of folklore in numerous places and cultures.

Weasels live solitary lifestyles, except when mating and when females are raising their young. In the mating season, it is possible to see males and females hunting together. When the adult female is raising her offspring, she will take them hunting.  The young grow up fast, and litters can be quite large, so people often mistake them for packs.

Weasels are not capable of killing prey of livestock size such as a sheep. Even if they were able to kill it, they would not be able to drag it to a safe place to eat. They occasionally kill ducks and geese, but this seems to be the largest prey they will attack.

Farmers are not weasel lovers because weasels can do some serious damage to poultry populations. However, weasels can also be useful, as they eat common pests like rats in large quantities.

Do Weasels Eat Cats And Dogs?

Weasels are aggressive and will stand up and fight any animal posting a threat. They will also try to attack humans if feeling endangered.

Weasels are capable predators, but they are small. The largest species living in North America, the long-tailed weasel, weighs between 3 and 9 ounces (0.34 kg). They are 11-20 inches (ca. 51 cm) long, including tails, which make up half of their size.

Weasels are much smaller than an average house cat. Cats are predators with sharp claws and powerful teeth too. Stories about weasels eating pets such as cats and dogs are similar to those about livestock. It is just a myth and folklore.

Click here to find out about the 10 largest birds of North America.

Weasels are the smallest carnivores on the planet, and they are prey to various animals, including cats and dogs. There have been documented cases where cats and dogs killed weasels.

Predators do not eat predators very often. Larger animals will kill smaller ones to get rid of the competition but generally do not feed on them. Weasels are under constant threat of being killed by larger animals

One more reason behind these stories is fishers. They are a part of the weasel family, and there have been documented cases of them killing cats in the wild.

Fishers are much larger than weasels, and during winter times when no other food source is available, they have been known to attack small lynx

If you want to know the most dangerous spiders in North America, find out here in this top 10 list.

What To Feed A Pet Weasel?

In recent years, pet weasels have become popular. People see them as exotic and interesting animals to keep at home. Having a pet weasel is not an easy task as they are not domesticated animals. Feeding them can be quite demanding too.

Firstly, if they are not the only pet, they could attack and possibly kill and eat other pets. Having a parrot, rabbit, or hamster in the same house could be very dangerous.

Giving pet weasels live animals for food is impossible. Weasels are very similar to ferrets, and there is dry and canned food for ferrets available on the market.

Some weasel owners give them cat food, as both species are carnivores, but cat food has different additives, such as vitamins and minerals, than ferret food. Ferret food contains more protein than cat food.

It is important to choose high-quality food manufacturers that contain mostly meat. Cheaper alternatives contain a lot of grain as fillers to lower the price. Food with fillers is not suitable for weasels, and it can cause health problems. Buying quality ferret food is expensive but necessary.

Occasionally, owners will give them dead mice, which are usually sold for feeding pet snakes. It is also possible to feed weasels with poultry.

In the wild, ferrets will combine different prey, and feeding them mice and chicken at home can’t provide all the nutrients necessary for a healthy life. A balanced diet, including dry and canned food, is essential.

When dosing food, owners should not give too much at once but rather feed their pet weasel in small quantities more often, which imitates their natural feeding pattern. Weasels will also hide bits of food and store them for later.

Want to know which wildlife lives in tree holes?  Find out here. 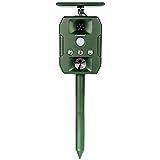