Stories of ocean animals washing up with their stomachs full of plastic are becoming increasingly common with each passing year. It may seem strange that an animal will swallow a plastic bag or a straw, so what makes them do it?

Animals eat plastic because it looks similar to their usual prey. As algae grows on plastic, the smell attracts animals that feed on it. Plastic can make animals sick and can get stuck in their stomachs. Plastic can also get caught around the bodies and necks of animals.

We all need to stop using plastic as much as we do, and I hope that by the end of this article, you will understand some of the reasons why.

Why Do Ocean Animals Eat Plastic?

Evidence has shown that the main reason ocean animals eat plastic is because of the smell. Many animals feed on algae and algae is a vital food source for krill and other small sea creatures. As algae break down, it emits an odor similar to sulfur, known as DMS (dimethyl sulfide).

Marine birds and animals use this smell to find their hunting grounds, as the scents signal the presence of food. Unfortunately, algae grows well on plastic, so the plastic floating in our oceans starts to smell like food to marine animals.

It was initially thought that marine animals ate plastic because it looked similar to the prey they eat. A plastic bag floating under the water surface looks a little like a jellyfish, which many whale and dolphin species will hunt.

Microplastics that break down in the water begin to resemble marine particles, which many fish and crustaceans would naturally feed on.

A sperm whale normally found in North American waters washed up on the Scottish coast in 2019. An autopsy found that the whale had an astonishing 220 pounds of plastic in his stomach. It is believed he starved to death as his stomach was so full of plastic.

Want to know which wildlife lives around shipwrecks?  Find out here in an article I wrote.

How Does Plastic Affect Animals?

Large pieces of plastic such as plastic bags or freezer pouches can get stuck in the stomach or intestines. Blocking the stomach means that animals stop feeling hunger, so they would gradually starve to death.

Small pieces of plastic may not cause a blockage or any internal injury, but they can make animals sick. The toxic chemicals can cause illness, infertility, and shortened lifespans.

A blockage in the intestines stops other food from passing through. The animal would likely be in a considerable amount of pain and would feel incredibly weak. Sometimes the blockage may pass further along the intestines toward the bowel.

Even now, it is almost impossible for smaller animals to pass large pieces of plastic from their bodies.

Plastic bags can also get lodged in the respiratory tract, causing suffocation. Other plastic items can cause severe injuries. In 2015 a turtle was found with a plastic straw wedged up its nostril, severely restricting its breathing ability.

What Animals Eat Plastic in the Ocean?

Turtles and seabirds are often found with plastic can rings stuck around their necks, as are seal pups. As the animal grows, the plastic ring tightens around the neck, cutting into the skin and causing infections.

Turtle hatchlings are also at serious risk from plastics. As soon as a turtle hatches, it is drawn down the beach to the ocean. In many cases, they end up walking into plastic cups or bottles and getting stuck. They often die due to their inability to get free.

One of the biggest causes of marine death is fishing gear. Whales, dolphins, sharks, and turtles are commonly entangled in fishing nets or abandoned fishing gear. This prevents them from reaching the surface for air, so they slowly suffocate.

Here are five ways that animals help us

Many divers and biologists have reported finding multiple entanglements and spending hours trying to free marine animals from fishing nets.

Finally, it is important to note that plastic can travel thousands of miles. This means plastic from the other side of the world can end up in North American oceans.

This is dangerous for native marine life as plastics from other continents will carry organisms not native to the US. These organisms become invasive species, often competing with native marine creatures for resources.

This can cause the decline of thousands of ocean species native to the Atlantic and Pacific coasts of the United States.

Do you know why animals don’t get sunburn?  Find out some of the best adaptations here.

How Much Plastic Is In Our Oceans?

The amount of plastic in our oceans is doubling, on average, every decade. According to the Natural History Museum, a 2015 journal estimated between 4 and 13 million tonnes of plastic ends up in our oceans each year. This is likely to have risen even higher over the last six years as the world’s population increases and, with it, the demand for plastic products.

There is a patch of floating plastic in the pacific ocean between California and Hawaii that is roughly the same size as Texas.

Unfortunately, this is only a tiny percentage of a much bigger problem. Between the coasts of California in the US and Kuroshio in Japan, there are several so-called “garbage patches.”

Much of the debris in these floating patches are under the water surface, and a large percentage is microplastics, which are not easily visible to the naked eye. Many of the smaller patches end up joining larger ones due to strong winds or ocean currents.

According to the Ellen McArthur foundation, there may be more plastic than fish in our oceans by 2050. Several countries have recently taken steps to reduce the number of single-use plastics produced, but the recent pandemic has put these plans on hold.

It is also estimated that approximately 230,000 tonnes of nurdles (plastic pellets) enter our oceans every year. Nurdles manufacture plastic products and are consumed by ocean animals just as often as other plastic items.

Do you want to know what squirrels eat?  Find out here.

Since the coronavirus hit in late 2019, most countries worldwide have gone into some form of lockdown. This put immense pressure on waste collection and recycling plants. In addition, many businesses were forced to use disposable or single-use plastics to comply with legislation. This only created more plastic waste and a reduced workforce to deal with it.

Even animals in the deep sea are not safe from plastics. In 2014 researcher Dr. Lucy Woodall found that many deep-sea creatures had high levels of plastic contamination. She also found similarly high readings in marine sediments. This is caused by microplastics that break down when exposed to sunlight, leaching plastic and other chemicals into the water.

It can take up to 2000 years for a plastic bag to start disintegrating, but even then, it would continue to break down, leaching toxic chemicals into the ocean. Other animals would eat those ocean animals that ingest plastics, also ingesting the microplastics.

Did you know that fish have an extra sense that other animals don’t?  Find out more in this article I wrote

Plastic That Ends Up In The Oceans

We don’t give much thought to what we are using. While a growing number of people separate their paper, cardboard, and plastics for recycling, most households still bundle everything into one general waste bin, which is collected and taken to a landfill.

Plastics can end up in the ocean via littering, wind, illegal dumping of waste, fishing, or drainage systems.

There are four different groups of marine mammals.  Find out what they are in this article I wrote. 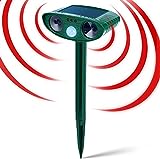