You may have heard foxes breeding as they scream when trying to attract a mate and sometimes when breeding. If you hear a fox scream, you can ensure that the breeding season has started.

Mating season starts in December to January, and foxes become more vocal at this time. Vixens come into heat for three weeks with a fertility period of about three days. Once pregnant, the female will find a suitable den where she will produce a litter of four to six cubs in March.

The breeding cycle of foxes begins around late summer, when the cubs from the previous season have started to leave. After the summer, the adults start to get ready to breed, with the reproductive organs swelling in size.

March – Cubs are born. The male brings food to the den for the vixen.

July – Adults bring less food for the cubs, which start foraging for themselves. Cubs sleep in brambles.

August – Cubs able to forage for themselves. Adults will leave cubs for short periods.

September – The cubs are fully grown and are a similar size to the adults.

October – Moult is completed in the adults. The family group starts to break up.

November – Sub-adults and adults fight, leading some young to disperse.

December – Foxes are very vocal to find a mate and will defend their territory.

Foxes are busy in the summer. Find out more here.

Foxes can mate when only ten months old and breed only once a year. Unfortunately, most don’t live long enough to breed twice in their lifetime. The breeding season starts late in December or early in the new year, and they will become more active during this time. Foxes are often seen during the day in the breeding season and at night.

Foxes are much more vocal during the breeding season, and they can often be heard screaming and barking throughout the night. Foxes scream to attract a mate and also sometimes when mating. This is not a scream of pain or anguish but of communication.

The vixen only comes into heat once a year, and the male will stay closer to ensure that another male doesn’t poach her. The male can often be seen closely following her as she moves around and is generally no further than a couple of meters away. This is called mate-guarding. Because the length of time of the female getting pregnant is so short, the male doesn’t want to miss his opportunity.

As oestrus approaches, the male gets excited, and their tail is carried higher. The vixen is only in oestrus for about three weeks, but there are only three days where she is most likely to become pregnant. Most copulation during the year takes place in this short time.

The female will spread her scent around these three days, signifying that she is ready. The vixen will also urinate on everything to ensure that others know this is her territory.

Foxes are generally monogamous animals and choose the same mate. The female may show submissive behavior, rolling around below him and pushing her rear into him. The male approaches the female and nuzzles or paws her until she is ready to let him mount. If she is not prepared, she will let the male know by turning and snapping at him. This usually happens the first time he tries.

Copulation doesn’t take long, usually only taking a few seconds. The male will thrust several times before ejaculating and dismounting.

Why Do Foxes Get Tied Together When Mating?

It can be pretty disturbing to see two foxes tied together, but this often happens during mating.

Foxes can get tied together if the male doesn’t dismount properly during copulation, which happens quite commonly in the Canid family. Foxes use the same position as dogs, not tail-to-tail as some people believe.

When trying to dismount, the foxes can get tied together. The male’s penis enlarges as the vixen contracts inside, and the male cannot withdraw his penis, keeping them tied together internally.

As the male raises a hind leg across the vixen’s back and places it on the same side as their other hind leg, they turn, and the two animals end up facing back to back, with their tails curled out sideways. This allows them to defend themselves in case of an attack.

This can last for up to an hour before the vixen relaxes enough, and the male can withdraw. This gives them the best chance of fertilization and stops other males from trying to mate with the vixen.

You may have seen foxes around, but do you know where they live? Find out in this article I wrote

Pregnancy in foxes lasts about 53 days, and this time is spent with the vixen finding and cleaning out potential birthing sites. Once she has selected a suitable den, she will settle down in the last few days before giving birth.

Dens usually consist of a tunnel underground leading to a small chamber. Foxes can often disappear under garages and sheds where they make their dens. They may also use other animals’ dens, including rabbits or badgers.

The fur on her belly is lost, and she becomes much less active as the extra weight of the cubs inside weighs her down. The mammary glands develop in the days before birth, and the nipples can be seen. The male will bring food for the vixen in the days before and after birth.

A fox family group can consist of more than one vixen, but only one will typically produce cubs. However, two vixens, usually sisters, will have cubs simultaneously in some years. They may use the same denning site, although they often use one nearby. The two litters will usually remain separate, even in adjacent gardens or closer.

A quarter of vixens do not produce a litter each year, although many go through pregnancy before abandoning their cubs or killing them. Although infanticide is common in many mammals, it is unknown why foxes do this.

Food supply is the main reason not all foxes will reproduce, and in years of food shortages, foxes will not mate. Only the most dominant vixen may get to breed if there are several vixens in an area. By being aggressive to others and taking the food, the reproductive urges in other vixens subside. Hormones inside the stressed vixens change, and the uterus lining may not grow.

The cubs are born underground around March, with a litter size of between four to six cubs. If there is plenty of food and the territory is safe, they will usually produce more cubs.

Want to know how red foxes survive in winter? Find out here. 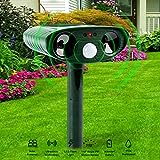 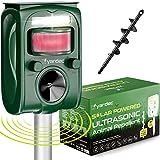