Bears belong to the family Ursidae, with eight species living worldwide and three species living in North America. I saw a comment on a recent video that asked if bears were mammals, which made me wonder if they have all the mammalian characteristics.

Bears are mammals and have six of the seven mammalian traits. Bears are vertebrates; they have mammary glands which they use to feed their live young, have a four-chambered heart, have hair, possess a large neocortex, and have three inner ear bones. Bears do not have sweat glands.

If you want to find out more about the characteristics that bear share with other mammals, please read on.

Is A Bear A Vertebrate?

There is another group of animals which are called invertebrates. These are animals that don’t have a backbone inside their body. Some examples of these include earthworms, starfish, single-celled organisms, octopus, clams, insects, snails, and spiders.

Bears are classed as vertebrates as they have a backbone inside their bodies. The spinal cord of the bear is surrounded by cartilage or bone.

Does A Bear Have Mammary Glands?

The second characteristic that mammals share has mammary glands. The name mammal is taken from the Latin word mamma, which means breast, and was popularised by Carl Linnaeus, a Swedish botanist and zoologist.

Mammary glands are used to produce milk, which is fed to the young after birth. The birth of mammals is live, although the duck-billed platypus and the echidna give birth to eggs. Milk is produced in the mammary glands after childbirth and is called lactation.

Polar bear cubs can feed on their mothers’ milk for up to 30 months, although this can also be as short as 18 months before they are fully weaned off milk. Brown bears nurse until they are five months old. Black bears are usually weaned off milk between six to eight months. The milk contains essential nutrients for bears in the early stages for them to grow healthy.

You can find out which National Parks you can see bears here.

Does A Bear Have A Four-Chambered Heart?

The four-chambered heart is essential for the respiratory system of mammals and for mammals to survive. Oxygen is needed to survive, but the waste product is carbon dioxide once the oxygen has performed its function. Carbon dioxide is expelled back into the air when mammals breathe out.

The other two chambers of the heart are the right atria and right ventricle. Oxygen-poor blood is received from the veins and is pumped to the lungs, where the carbon dioxide is expelled.

Bears do have a four-chambered heart. Bears need plenty of oxygen as it is needed to produce energy. The oxygen is used to burn sugars and fatty acids in their cells, which produces energy. The energy is needed for everything they do, including movement and keeping themselves at a steady temperature.

Want to find out if bears can climb trees? Find out here.

Do Bears Have Hair?

Another characteristic of a mammal is that they have fur or hair. The fur is generally used as a word when a mammal has very thick body hair. Humans have hair, but we wouldn’t call it fur, whereas other mammals are covered, such as bears, would be said to have hair. The hair or fur consists of two layers. These consist of a layer of oily guard hairs on top and a thicker underfur.

The guard hairs are longer and coarser than the underfur. The guard hairs are used to repel water from the skin and block ultraviolet rays from the sun. Animals that have markings, such as jaguars, have these markings on the guard hair layer. The thick underfur is also called down fur. The down fur is used to keep the animal warm and is made up of curly, wavy hairs.

Whales and dolphins also have hair, although some species only have hair follicles. Toothed whales usually lose their hair shortly after birth. Some species such as the humpback whale have hair their entire life, although only with a single hair coming out of each hair follicle.

Bears do have a thick coat of fur. The hair on a bear can come in many different colors. Although you may think that brown bears only have brown fur, they can also have black, cinnamon, reddish-brown or yellowish-brown.

Do Bears Have Sweat Glands?

Mammals are endothermic and need to regulate their temperatures, and one of the ways they do this is by sweating.

For humans, sweating is a way of regulating our body temperature not to overheat, although not all mammals do this the same way. Sweat glands produce sweat, which is then carried away from the body by evaporation. This carries away the heat and makes us feel cooler.

Humans aren’t the only mammals that sweat through their skin. Primates and horses also sweat through sweat glands. Some other animals use different ways to expel heat from their bodies, such as panting. Dogs running or playing can often be seen panting, and cats also do this when exceptionally hot. Panting allows them to get rid of heat through their mouth

Most mammals do not have sweat glands on their bodies in the same way that humans do and so need to use these other ways to cool down.

Bears do not have sweat glands and so must use other ways of cooling down. Bears have a thick coat of fur, which gets very hot in warm weather. They use other methods such as resting in the shade, panting, which they share with dogs, entering into the cool water and lying down with their stomachs touching the ground. Although sweat glands are a mammalian trait, this does not mean that bears are not mammals.

Many people think that black bears only eat meat.  However, their diet consists of many types of food.  Find out more in this article I wrote

Do Bears Have A Neocortex?

The brain is one of the most complex organs in a mammal’s body. The cerebral cortex is the brain’s outer layer and is used for functions such as movement, decision making, processing information from the senses, and in humans, speech.

The neocortex is a set of layers of the cerebral cortex, and it is the neocortex that controls motor commands, spatial reasoning, sensory perception, and conscious thought. The larger the neocortex, the larger the capacity for the mammal to control these. The neocortex also allows mammals to store memories, including past experiences and events.

The majority of brain cells are found in the neocortex and the cerebellum. The cerebellum is used for coordination, posture, and balance.

The neocortex looks different in different animals. Primates, humans, and other larger animals have grooves (sulci) and ridges (gyri). The grooves, ridges, and folds allow a large neocortex to fit inside a smaller braincase. Smaller mammals like rodents do not have deep grooves and ridges. The neocortex on these animals is also much smoother.

A study by Suzanna Herculano-Houzel, a psychology professor at Vanderbilt University, found that brown bears have a cortex that weighs 222 grams.

It was found that a brown bear had 251 million neurons in their brains. Brown bears were the largest brains in the study, but although they had the biggest brains, the number of neurons (nerve cells) was the same as a domestic cat. The domestic cat has a brain one-tenth the size of the brown bear. Non-neuronal cells were found to be ten times the amount of the cat.

Black bears aren’t just black, and polar bears don’t have white fur.  Find out more in this article I wrote

The final characteristic that mammals possess has three bones in the middle ear. The three small bones, called ossicles, conduct vibrations (sound) to the eardrum’s inner ear. The three bones are called the hammer, the anvil, and the stirrup.

Once the vibrations are in the inner ear, the vibrations are converted into nerve impulses sent to the brain. These three bones play a vital role in a mammal’s ability to hear. With many animals relying on their sense of hearing to hear both predators and prey, excellent hearing is essential for mammals to survive.

Bears do have three small inner ear bones that help them to hear. Bears have excellent hearing, and although it has not been tested over 200 yards, it has been observed that they can hear over great distances than they can see.  A bear’s hearing has a greater frequency range than humans and is also over twice the sensitivity.

Study – Dogs Have the Most Neurons, Though Not the Largest Brain: Trade-Off between Body Mass and Number of Neurons in the Cerebral Cortex of Large Carnivoran Species

Brown, Gary. The Bear Almanac : A Comprehensive Guide to the Bears of the World. Guilford, Conn., Lyons Press, 2013.‌ 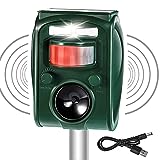