There are approximately seventy-eight thousand wolves throughout North America. I wanted to let you know how many species and subspecies of wolves exist, so I wrote this article.

I wanted to find out where these subspecies of wolves can be found in North America and their differences. The results were quite surprising.

The eastern wolf can have several different fur colors. Some have a grayish-brown coat whilst others may have more of a red tint to their coat. There are usually dark hairs starting at the shoulders leading down to the tail. The chest of the eastern wolf is reddish-brown or blonde. The snout and legs are generally reddish-brown.

They have been described as greyhound-like due to their speed and appearance. Eastern wolves can run up to 56 km/h (35 mph) in short bursts to catch their prey. Eastern wolves can be seen alone or can hunt in packs, which helps them to catch larger animals such as deer and moose.

The male eastern wolf, like a large number of mammals, is larger than the female. Males can weigh up to 30 kg (66 lbs), whereas females are lighter at 24 kg (53 lb). The male can measure up to 68 cm at the shoulder and a length between 90 and 160 cm. The female is slightly smaller than the male.

How do you know if you have had a wolf in your garden? Find out here

Where do Eastern Wolves Live?

Some can be seen in Canada in Southwestern Quebec, Southeastern Ontario, and the St. Lawrence forest region of the Great Lakes. They can also be seen around the Queen Elizabeth II Wildlands.

However, the greatest concentration of eastern wolves are in Ontario and can be found in Algonquin Provincial Park. The park is the largest protected area for eastern wolves and has been the wolf research center since 1959.

There are approximately 35 packs of wolves in Algonquin Provincial Park, bringing the total to about 175.

The Algonquin wolf is the smaller of the eastern wolf’s two forms, the other being the Great Lakes wolf.

They can be found in the boreal forests and deciduous-coniferous forests. Eastern foxes will look for somewhere with shelter, protection, and water. These forests provide these needs for the eastern wolf.

Eastern wolves do not stay in one location but migrate to find food and travel far to get it. Eastern wolves can migrate up to 500 km squared.

There are also two packs of eastern wolves in La Mauricie National Park, each with five to ten animals.

Eastern wolves also live in the United States in Minnesota and Manitoba.

In Manitoba, wolves can be found in the boreal and deciduous forests of Riding Mountain National Park and Whiteshell Provincial Park. These wolves are classed as the larger Great Lakes Wolf.

They are reclusive animals, and this nature makes a sighting unlikely, although not impossible.

Listed as threatened in Minnesota, the North Star State is the only state to have always had wolves. Historically nearly extirpated, by the late 1990s, Minnesota had nearly doubled the number of wolves it had decided for its population goal.

Wolves howl for many reasons. Find out why here

What do Eastern Wolves Eat?

Wolves will generally look to prey on the most vulnerable creatures, whether alone or in a herd. Although the larger prey is more attractive to the wolves, they will sometimes prey on smaller mammals such as mice, foxes, hares, and other rodents.

White-tailed deer are abundant, and with approximately 3500 moose living in Algonquin Provincial Park, the eastern wolves of Quebec rarely prey on smaller mammals.

Although carnivores, wolves will also eat fruits such as apples, pears, and melon to supplement their diet.

The Great Plains wolf was thought to be extinct when the last one was shot in 1922. However, wolves later found were determined to be descendants of the previously thought extinct animal.

The fur of the Great Plain Wolf can range from a grayish-white through brown to dark black. Some may have a reddish tint to them. The chest is generally lighter than the rest of the body, as are their snouts.

The Great Plains wolf can grow exceptionally large, with some individuals weighing up to 68 kg (150 lbs). However, most weigh around 45 kg (100 lb). This makes them larger than the eastern wolf.

The Great Plains wolf can grow up to 6 1/2 feet long, including the tail. This is longer than most humans are tall.

The male of the species grows heavier and longer than the females. Females generally weigh approximately 36 kg (80 lb) and grow to 5.2 feet.

For information on what wolves eat I have written this article

Where do Great Plains Wolves Live?

Since the rediscovery of the descendants of the wolves in Minnesota, in 1974, the Great Plains Wolf was recognized and protected as being endangered.

The Great Plains wolf is now one of the most widely spread gray wolves in North America. In 2006 there were estimated to be over 3,900 wolves in the United States and Canada.

Until their near extinction in the 1920s, the gray wolf had one of, if not the largest range of any wolf in North America. Their territories were as vast as Alaska, Central, and Northeastern Canada, and through most Western states of America.

What do Great Plains Wolves Eat?

With an average of five to six wolves in a pack, Great Plains wolves are adept at hunting down prey larger than them.

Known also as the buffalo wolf, a pack of Great Plains wolves would have no problem taking down one of North America’s largest mammals.

They will also incorporate fruit and vegetables for their dietary requirements.

The Mexican wolf is the most endangered wolf not only in North America but in the World. There were once thousands of Mexican wolves, but by the 1970s, there were only a few in the wild and captivity. Reintroducing the species to the wild has helped, but they are still on the IUCN red list of endangered species.

Mexican wolves are gray with hints of yellow, with light brown fur on the back. Their fur is generally whiter around the muzzle and the bottoms of their legs.

Mexican wolves are the smallest of the gray wolf’s subspecies, measuring the size of a German shepherd. Their skulls are slightly smaller and narrower than other gray wolves.

The average height is about 75cm to the shoulder and a length up to 2 meters. Females weigh less than the males, with females reaching 55 kg compared to males who can reach a massive 80kg.

Mexican wolves are slender in appearance and well suited to running after larger prey. They are approximately a little more than half the size of the gray wolf.

Unsure of how to tell a coyote from a wolf? In this article I show you the difference

Where do Mexican Wolves Live?

Following their almost extermination from North America, the species, although still endangered, has slowly raised their numbers in the wild.

Mexican wolves were once abundant in North America, with numbers in the thousands. When the livestock industry began thriving in the Southwest, the wolves began to face their first hurdle.

Habitat was lost to the settlers who had moved into the territory, and Mexican wolves were forced to start killing livestock as their natural prey was no longer there.

With the threat to the livestock industry, the US Biological Survey began to hunt and kill Mexican wolves. The methods used included poison, traps, and rifles, which almost led to extinction.

The Mexican wolf was added to the endangered species list in 1976. To help protect the species, Mexico and the United States’ governments captured alive the remaining wild wolves.

Only five wild wolves were captured, but these were enough to start a breeding program to enable the species to grow. In 2017, the estimated number of Mexican wolves was 413. This consists of 240 in breeding programs in captivity and 143 wild wolves.

The Mexican wolf can be found mainly in two US states, New Mexico and Arizona. These can be seen along the Gila river in both these states but are incredibly rare to see due to their status.

What do Mexican Wolves Eat?

The northwestern wolf is much larger than all other gray wolves, and their size is quite surprising when you first see one.

The northwestern wolf has a thicker muzzle, larger, round head, and shorter ears.

Where does the Northwestern Wolf Live?

The northwestern wolf can also be found in Canada, in Alberta, British Columbia, and Saskatchewan.

The range of the northwestern wolf runs down into the United States in Colorado.

What does the Northwestern Wolf Eat?

Due to their location in the wild, the northwestern wolf diet is slightly different from other subspecies of the gray wolf. The added diet includes Dall sheep, Sitka black-tailed deer, salmon, voles, snowshoe hares, and mountain goats.

This is in addition to their usual diet of ungulates, including moose, elk, caribou, and bison. Northwestern wolves in Yellowstone will prey on the sick and wear bison in the area.

Once the small mammals become scarce, they may prey on amphibians such as frogs, snakes, and lizards. They may also eat carrion when food is scarce and will attack and eat injured or weaker wolves.

The arctic wolf is one of the most aggressive wolves on this list, but this is mainly because they do not see humans very often and view us as prey. Known to be the only location in Canada, the arctic wolves’ numbers are approximately 200 in the wild and fifty in captivity.

The arctic wolf is very distinct from other wolves. Their fur is almost completely white, with few other colors showing. This is an adaptation to the environment they live in, living in icy and snowy conditions.

Their white fur has two layers on top of the skin. The layer on top of the skin acts as a waterproof barrier to keep snow and ice-cold rain out. The second, outer layer of fur grows thicker to enable them to cope with winter’s freezing conditions.

They are smaller than the northwestern wolf and have smaller ears than most other gray wolf subspecies. This helps them to keep warm in winter, without their extremities freezing.

The pads on the soles of the arctic wolves’ feet are padded. This gives them exceptional grip in the ice and snow and protects them against the cold temperatures.

Where Does the Arctic Wolf Live?

Arctic wolves also live in Alaska. They can be found in the Aleutians on Unimak Island and most of the other islands. There are no arctic wolves in Admiralty or Baranof.

Arctic wolves can live in a range of habitats, from the arctic tundra along the Beaufort Sea to the southeast panhandle’s rain forests.

What do Arctic Foxes Eat?

Sitka black-tailed deer are the major source of food for wolves in Alaska. These occur over much of Alaska. They will also eat arctic hares, lemmings, seals, birds, and arctic foxes.

Their food supply range is much more varied than other subspecies of gray wolf due to the environment they live in.

In Canada, as well as the above-mentioned animals, they will also eat salmon, beetles, bear cubs, carcasses, and musk oxen.

Muskoxen are better for the arctic wolf to prey on as they provide more long-term viability.

If you want more details about the gray wolf, I have written a complete guide which you can read here. 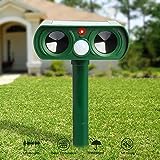