As one of the most populated countries on earth, North America is also one with the most recorded deaths and attacks by deadly mammals. Many of the mammals listed here will come as no surprise to you. However, there are a few which you may not have thought about. With so many animals in North America, we will start with the most obvious and leave the most surprising until last.

North America is populated by three separate bear species, including the brown bear, commonly known as the grizzly, the black bear, and the polar bear.

The black bear has a range of six colors, including red, blonde, blue, chocolate, and cinnamon, in addition to the expected black.

The American black bear and the brown bears are omnivorous and eat mostly vegetation but will eat meat when the opportunity arises. The polar bear is classed as a marine mammal and is a carnivore.

The most intimidating of the two land species is the grizzly bear. Standing at 5-8 feet (1.52-2.44 meters) in height, they weigh around 700 pounds (317 kilograms) and have been seen running at speeds up to 30 miles per hour (48 kilometers per hour.)

Brown bears have a home range of up to 1000 square miles (2590 square kilometers), and if you are found within their territory, you may be perceived as either a threat or prey.

Black bears are much more likely to see a human as a threat rather than as prey and, as such, may be triggered into either fight or flight mode.

Between the years 2000 and 2017, 46 incidents resulted in 48 recorded deaths from both black and brown bears, averaging 2.8 deaths per year. Ten of these deaths were recorded in Alaska. 21 of the 46 attacks were recorded as brown bears, where 25 were marked as black bears.

Many people think that they can escape from bears by climbing trees. To find out if bears can climb trees, I have written this article here to answer if this is a good means of escape.

There are two wolf species found in North America. The gray wolf and the red wolf.

The gray wolf is the most common wolf species throughout North America. They have a head and body length of 36-63 inches (91.4-160 centimeters) plus a long tail and weigh anywhere from 40-75 pounds (18-34 kilograms). Although it is uncommon for gray wolves to attack humans, they have a much greater reputation for attacking domestic animals.

As a fearsome pack animal, they have the strength and ability to take down prey as large as a moose. In 2003 a study showed that there had been 25 unprovoked wolf attacks in the preceding years, none of which were fatal.

Red wolves are sometimes referred to as the halfway species between the gray wolf and the coyote. They are around 48 inches (122 centimeters) in length and weigh in at 45-80 pounds (20-36 kilograms). They are classified as critically endangered, and there are fewer than 35 wild individuals left.

Ever wondered what the difference is between a wolf and the next animal on our list. You can find out in an article I have written here.

The coyote is one of the most adaptable of the wild canine groups in North America, and due to this, the population seems to be at an all-time high.

As the human population expands and invades the coyote’s territory, they have no choice but to integrate into this new style of modern habitat.

Due to their fairly small size, head and body length of 32-37 inches (81-94 centimeters) and a weight of 20-50 pounds (9-23 kilograms), the rare attacks from coyotes on humans are generally not fatal and do very little injury, but the frequency is increasing. There have been two recorded deaths from a coyote attack.

However, like their wolf relatives, the domestic animals kept by humans are often easy prey. One study has shown that coyote attacks on pets have increased substantially in Chicago alone, with attacks on small dogs and cats ending most of the time fatally.

37% of attacks investigated were predatory, where the prey was chased and bitten, although only 6% of attacks were pet related, and a significant 24% were unknown.

Ever wondered if you have coyotes coming to your yard. If you have and want to know how to get rid of them, I have written an article you can find here.

The mountain lion, also known as a puma, cougar, panther, or catamount, is widespread throughout North America. They reach head and body length of 3.25-5.25 feet (1-1.6 meters) and can weigh 136 pounds (62 kilograms).

Mountain lions are solitary but will share a territory of around 30 square miles (78 square kilometers) with one or two other individuals. Mountain lions can leap 40 feet (12 meters) with a running start, scale a 12-foot (3.66 meters) fence and reach speeds of 50 miles (80 kilometers) per hour.

They tend to keep to themselves, but there are occasional attacks on humans, usually children or singular adults. They average 4 attacks on humans each year, and on average, only one is fatal. Unfortunately, the mortality rate for domesticated animals such as cats, dogs, and livestock is much higher.

For more information on attacks on humans by cougars, I have written an article which you can find here.

The American Bison is the heaviest land animal in North America, weighing 930-2200 pounds (420-1000 kilograms) and reaching shoulder heights of 5-6.5 feet (152-198 centimeters). Although purely herbivorous, they can still be quite deadly when threatened.

The majority of attacks on humans are caused by the bison feeling threatened by an invasion of space. In these instances, they have charged, causing blunt force trauma both from the initial impact and being tossed into the air, then suffering the landing impact.

With sharp, curved horns that can reach up to 2 feet (61 centimeters) in length, these beasts can brutal penetration, causing the most detrimental damage.

The bison is a keystone species. To find out more, I have written this article which you can find here.

Although not deadly in the same sense as the bear or bison, there are still 29,000 injuries caused by them every year, in addition to 130-200 deaths. Vehicle collisions cause these occurrences, and between 2005-2006 there were 1.5 million of these collisions reported.

If our much-loved pets feel threatened or abused, they can become dangerous. Occasionally, attacks happen that are unprovoked. There are around 4.5 million dog bite incidents in North America each year, and in the years 2005 through to 2018, 471 people were killed by domestic dogs.

North America contains around 94.4 million cattle, three-quarters of which are beef cattle and the rest dairy cattle. Cattle contribute to 90% of farm-related injuries, which have been caused by charging, bucking, or kicking when they feel threatened and entering a state of fight or flight.

Many deaths and injuries are caused by large bulls, which have immense muscle mass and incredible strength.

Of all the deadly mammals of North America, humans are the deadliest. In 2016 there were 1.6 million hospital visits for assault-related injuries, and in 2017, there were 19,510 homicide-related deaths. 14,542 were firearm-related, a tool that only humans are capable of controlling.

More often than not, humans have a motive for murder, with many times the murderer being known to the deceased.

These are just ten of North America’s most dangerous mammals, ranging from the most obvious brown and black bears to the least obvious and unexpected farm-related deaths and injuries. Many of these animals will only attack out of feeling threatened, but some attack for sport or food. Unfortunately, humans are the deadliest mammals in North America. 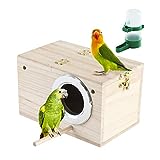 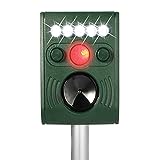 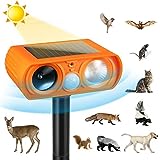 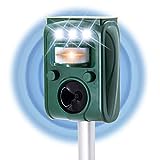 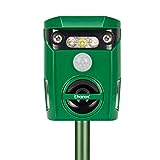